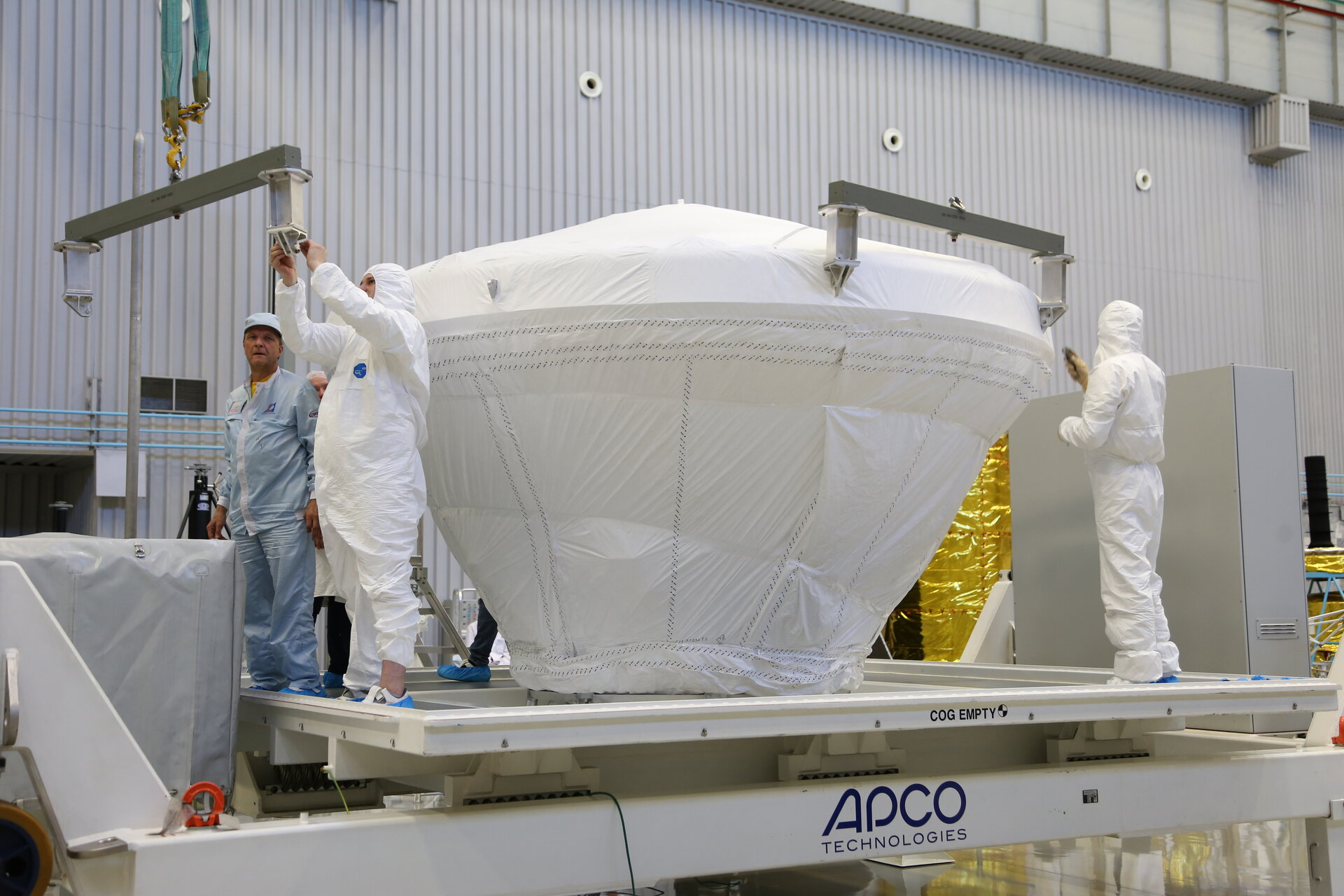 Our Rover has finished its final testing and is now being placed in its transport container ready to make the journey to Cannes, France, to meet the rest of the Spacecraft that will take it to Mars.

The Spacecraft is made up of the Lander Platform, Descent Module, and Carrier Module, and, at the moment, a Dummy Rover Model.

In Cannes, the Flight Rover will be mounted onto the Lander Platform, electrical testing performed (to make sure everything works correctly when connected to each other), as well as Platform and Spacecraft balancing (important for the Descent and Landing Dynamics).

Then the Flight Rover will be shipped to Turin, Italy, to complete some work on the Rover before shipping it to the Launch site in mid-May, where it will reunite with its Spacecraft to take it to Mars.

We, the ESA team, are currently opening the Delivery Review Board, which is a group of Customer Project managers, System Engineers and Product Assurance/Quality Engineers (a bit like an exam board!).

They will assess the Status of the Rover and whether all the integration and build work and testing is complete and the Rover is ready for delivery (with all of its relevant paperwork). On the Spacecraft with the Dummy Rover, we have completed the Acoustic Test, where we bombard the spacecraft with sound waves/noise to simulate the launch environment as a workmanship test.

It is now under electrical testing to check that everything works properly, before going in to a Thermal Vacuum Test, another workmanship test to see everything works as expected in a Space environment.

Currently, the Spacecraft and Rover will arrive in Baikonur, the launch site in Kazakhstan, in mid-May for the Launch preparations, mating with the Proton Rocket and Roll out to the Launch Pad. The Launch window opens on the 26th Jul for 16 days. We should arrive and land on Mars 19th March 2021.

Posted on February 6, 2020 by modjen in News. Leave a comment