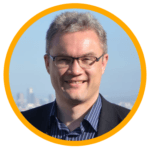 As you may know, we had to shift the launch from this year to 2022 for a number of reasons, and now the team are working full speed to complete the work needed to make that happen. On the payload we have a few things still to do, including a swap of some electronics of one instrument and making sure the software runs as it should on the Rover computer. The science teams are busy mapping the landing site with images from orbit, and looking forward to operations training. Meanwhile I'm spending some of my time looking at some ideas for possible future Mars exploration missions!